(Top Nigerian Music Producers of 2020..) Same last year, our sound got heard on the other side heavily, we experienced the wave of newsounds, the Afrobeat infused into Amapiano sound, and even pop street sounds. Music gained mainstream acceptance and things became better that precious year, we record international features, joints and Buzz.

Naturally, we credit our artistes for all the good works, we adore them for meeting our musical yearnings and give them the respect that is meant for the ultimate provider of the music we listen to, but we often forget that without the sound, there is no music. We forget to acknowledge and celebrate the masters of the sound, the lord of keys (not yahoo boys oh) and the brain behind the rhythm the music producers.

To right this wrong, We at Tooxclusive have made a list of Top 10 Nigerian Music producers of 2020. In ranking the producers, I considered the commercial success of their works, the magnitude of projects they worked on and their influence on the new music culture in Nigeria, for the year being reviewed. Peep below 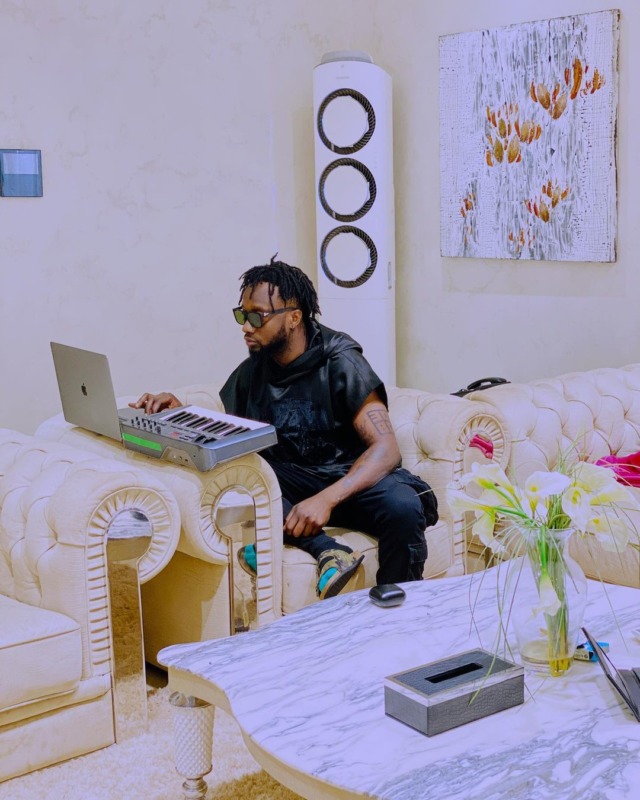 Speroach is the one biggest producers in Nigeria that has produced hits songs. Formerly Perruzzis Personal Producer, he is now an in-house Producer for DMW records. If you listen to Speroachs production, youll know that he is a producer with a very impressive resume. Speroach came into spotlight after Producing Davidos 2019 hit Assurance. Some might know him by his producers tag Speroachbeatzz while others know him as Obi Prosper. This talented producer is the genius behind some of Nigerian hits songs like Tufaces Amaka, Peruzzis Majesty, Davidos Assurance, Mayorkun Up to Something and Davidos Risky.

In 2020, Speroachbeatz didnt fail to give us banging hot tunes. He produced 60% of Davidos A better time album, gave us hits like; ‘Holy Ground‘ featuring Nicki Minaj, ‘Park Well‘ by Tiwa savage ft Davido and ‘Betty Butter‘ by Mayorkun. 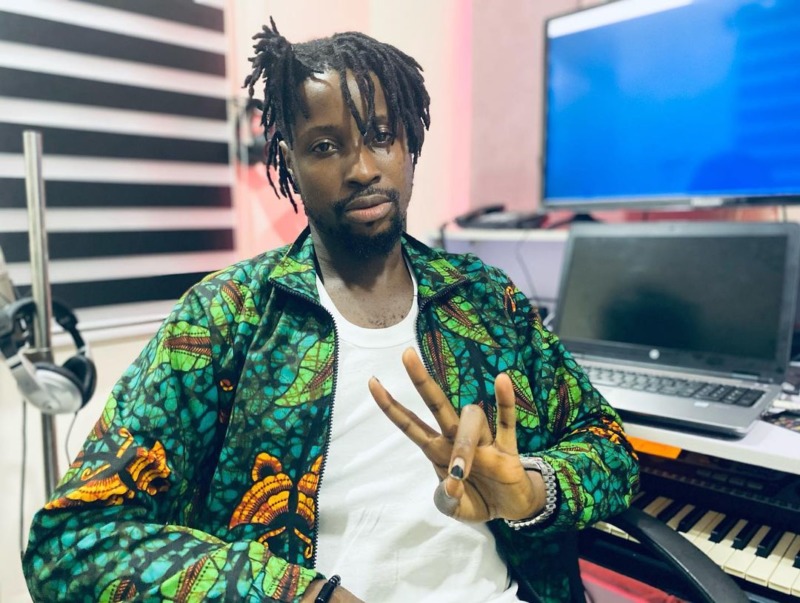 Mansa Jabulani is one of the underrated, but talented music producers in Nigeria. Definitely in tune with the new Afrobeats, Mansa Jubalani has helped in creating some of the hottest Afropop jam. Damilola Alonge professionally known as Mansa Jubalani, has been on a low but still giving us back to back hit street songs. Some of his popular and smashing 2020 hits include, Jampoyers “If No Be You” and Rahman Jagos “Of LaLa“. Aside from music production, hes also a talented songwriter and motivational speaker. 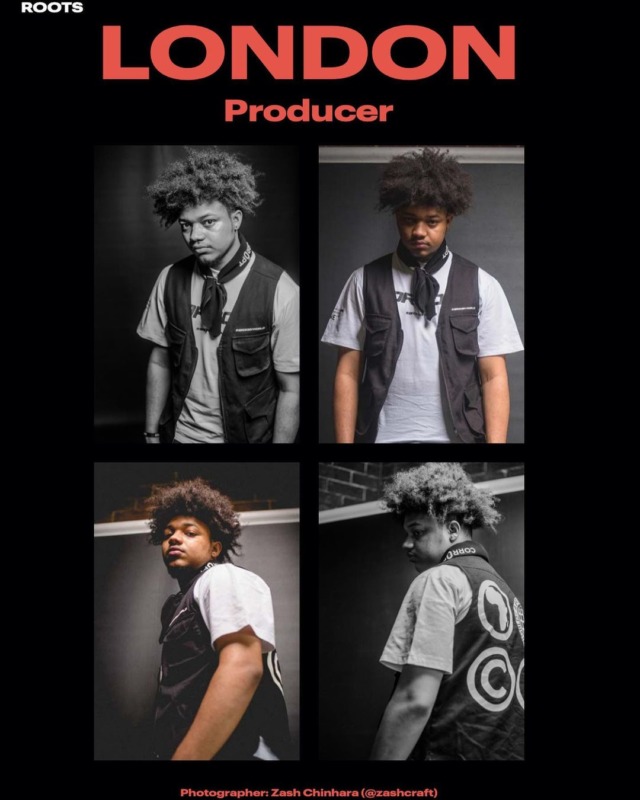 ThisIsLondon is also an in-house producer for Mavins Records. Popularly known with his producer tag London!!!, this British-Nigerian producer joined the music scene in 2019 and has been making waves by producing some of the biggest hits of all time. He did an amazing work with Tiwa savage 2020 hit single Koroba which has been on everyones lips especially the ladies and also on Wizkid’s ‘Made In Lagos‘.

He also produced impressive Artiste singles like; Grayte for Wizkid, Temptation for Tiwa Savage featuring Sam Smith, Mystery Girl for Johnny Drille and Do Me for Crayon. 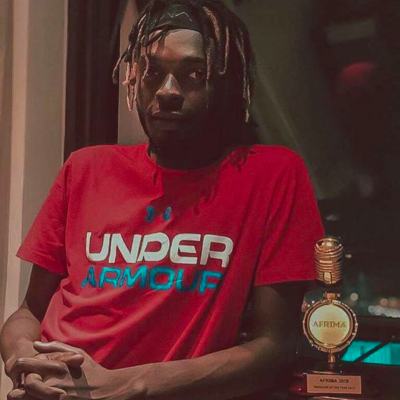 First Off, he is an in-house producer for DMW records owned by Davido. Its most likely that on some of Davidos hit songs you must have heard the tag Damn Fresh on the Beat or Fresh!!!!. Yes, those tunes were produced by Bello Emmanuel Adeshina professionally known as Fresh VDM (Very Disturbing Music). Do you know Fresh VDM is a Togolese-born Nigerian music producer who is fond of combining unusual sounds to come out with banging beats?

Aside from producing DMW records, he has worked with other artists like; Olamide, Burna Boy, Mr Eazi, Stefflon Don and YCee. Some of his earlier productions Include MIND by the DMW stars, DOE by Larry Gaaga, ‘Mata’ by peruzzi, ‘Aje’ by DMW ft Davido, Peruzzi, Yonda and Aza by DMW stars x Duncan Mighty.

In 2020, Fresh VDM really did create fresh tunes, Magic. He did an amazing with Davidos hit song The Best from the A Better Time album featuring Mayorkun, ‘Of Lagos’ & ‘Your Body’ by Mayorkun, ‘E Be Tinz’ and some trending songs of 2020. 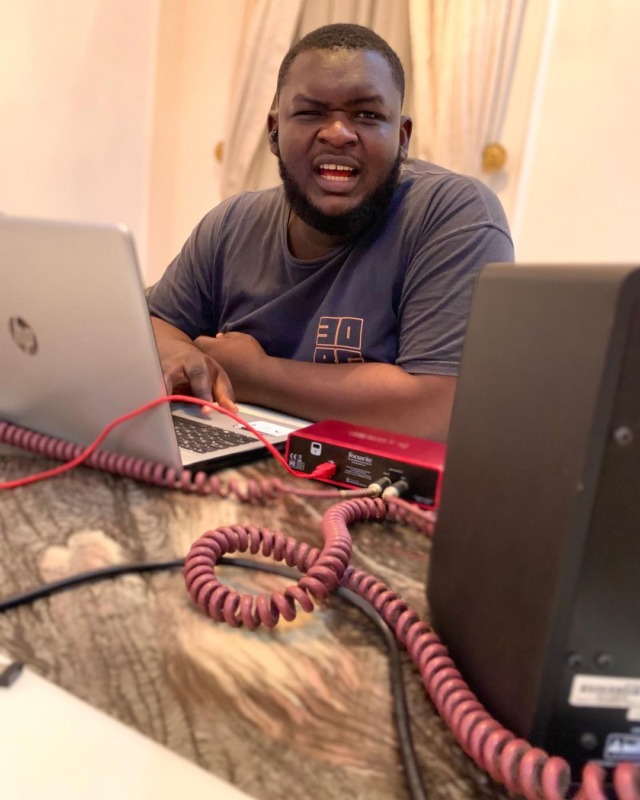 So you know how you vibed to Davidos 2020 hit singles ‘Fem‘ and ‘Jowo‘ and you were wondering who was the genius responsible for such mad tunes. Well, many know him by his producer tag Napji Killing this One, Napji Babawo is one of DMW’s latest in-house producers. Davido signed him in the middle of 2020. Napji has since been dropping beats for hit songs which was well received. For those wondering, Napji is the brilliant producer behind Davidos Hit songs Jowo, Fem and Sunlight from his A Better Time album. 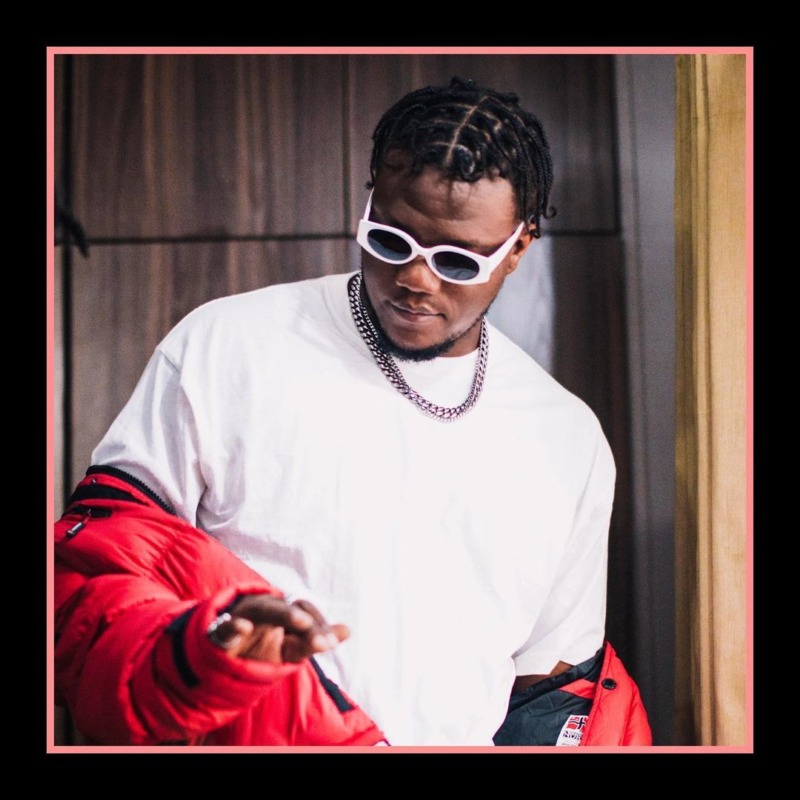 Phillip Kayode Moses popularly known as Pheelz or his producer tag Rii! Riddimacoolayor!! Is a multi talented and award winning producer and songwriter. He has been in the music scene since 2012 but was known as Pheelz Mr Producer before he rebranded to Riddimacoolayor. Over the years, Phleez has worked with some of Nigeria’s best artistes to produce some of the hottest tunes in the country. He Produced on Olamides Baddest Ever Album, Street, OT, 2kings, MIs The Chairman Album, Ghetto University by Runtown and the Hit songs like; ‘Billionaire‘ by Teni, ‘Scatter‘ for Fireboy and ’49-99‘ for Tiwa Savage to mention a very few.

Pheelz majored on Fireboys Apollo Album in 2020, Some of his buzzing productions off album includes Fireboy’s Hottest hits Champion, ‘Remember Me’ and Spell which received rave reviews from fans. And he also dropped a single titled ‘One Life’. 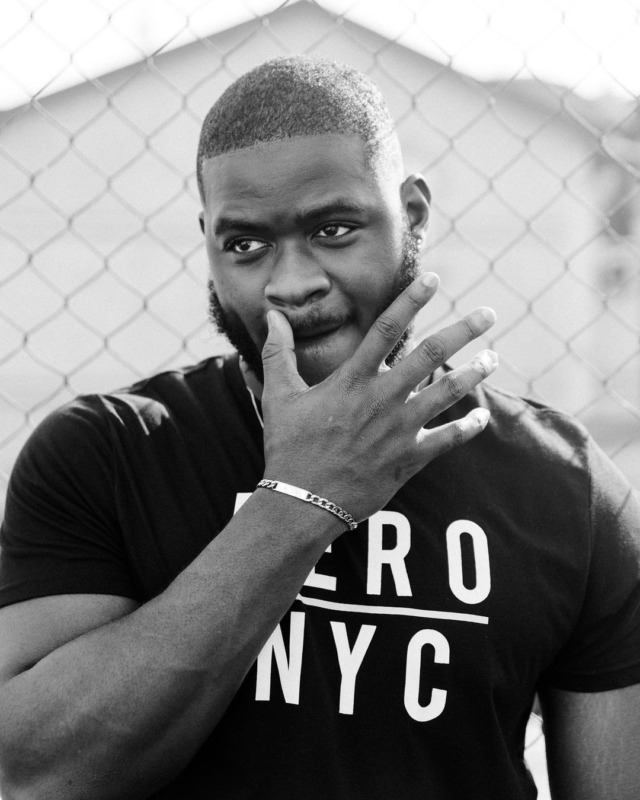 He Creatively came up with the beats for Patorankings Hit song Abule, Do Me and Mon Bebe Featuring Flavour. On Burna Boys Twice as Tall album, he produced Wonderful, Onyeka and Wetin Dey Sup. 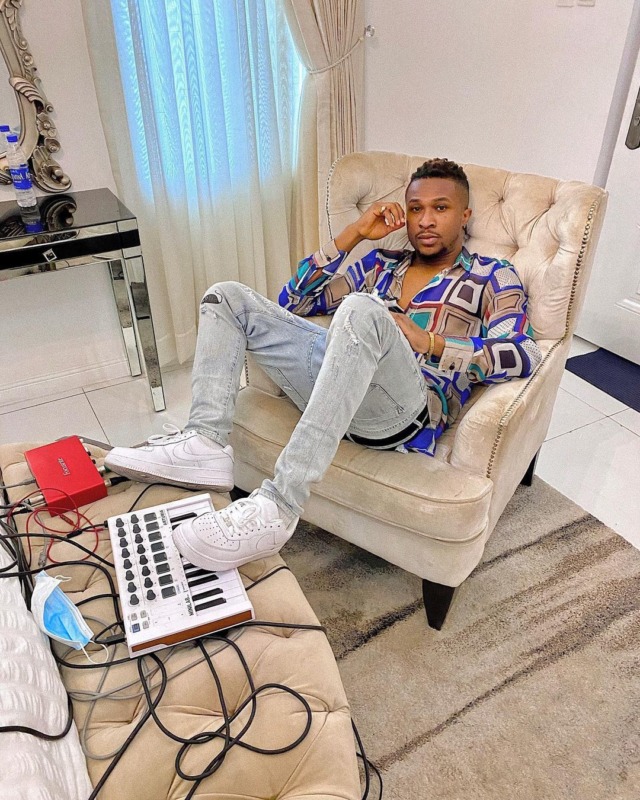 You might know him by his producer tag Its blaize on the beat baby” or OBAH. This music producer came into spotlight when he produced L.A.X debut album RASAKING in 2018. He started out as Larryblaise, but later upgraded to BlaiseOnTheBeat as his brand name. Having worked with Outstanding Nigerian artists like Wizkid, Adekunle Gold, Tiwa savage,Tecno, Skiiibi and Reekado Banks, Blaise has been able to identify his unique beat/sound.

He is the genius behind the beats for AdeKunle Golds Something Different which is the biggest pop record of 2020. How he managed to interpret Adekunle Golds transition from alternative folk sound to the modern trending pop sound is truly impressive. He worked with AG Baby on his AfroPop Vol.1 album and produced 2 hits; Something Different and Okay. 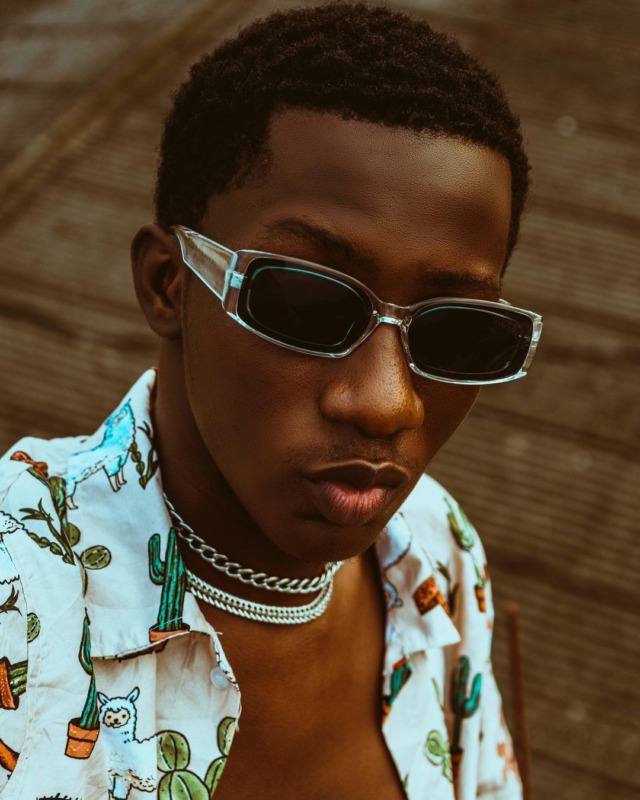 Peace Emmanuel Oredope professionally known as P.Priime is one of Nigeria’s youngest producers. He started producing songs at the young age of 15. From being a student at Sarz Academy, to working with some of Nigerias best artists like Fireboy, Cuppy, Zlatan, Naira Marley, Olamide to create some of the best tunes in the music industry. Known by his signature Tag P-P-Priimeee, Giddem!!!”, P-prime has successfully created some of the dopest trending beats of 2020.

He produced Zlatans Shomo & Unripe Paw Paw featuring Jamopyer, Olamides Eru, Green Light Loading, Peruzzis Southy Love and many many more. His ultimate production for 2020 is Infinity by Olamide featuring Omah. Fans couldnt get over the beat of the song. If not that Rexxie is a Street OG, Monster Hit maker, P.Priime should be on the No.1 Spot. 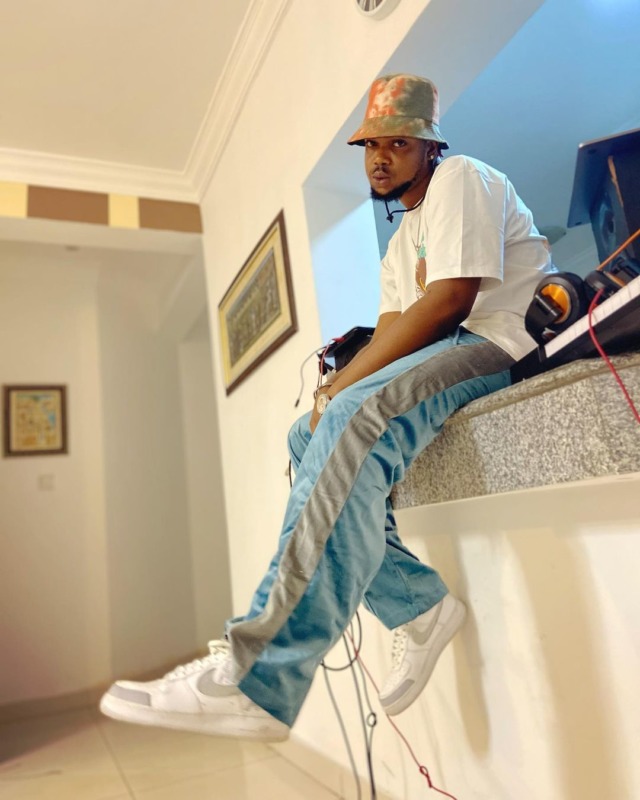 You know its a smashing street Jam when the tag Yo, Rexxie Pon this one (PonDits) comes up at the intro of the song. Ezeh Chisom professionally known as Rexxie is the originator of the addictive Zanku sound. He is the one number hit making producer of the Marlian community and has worked with the likes of Naira Marley, Zlatan, Lyta, Burna Boy, Tiwa Savage and Mohbad to name a few. If you thought the songs he produced like Soapy, Tesumole, or Gbeku were going to be the Ultimate street tunes to make a wave in the music industry, then youre wrong.

This multi-talented producer is the one responsible for one of the hottest and most addictive songs of 2020, Ko por Ke (KPK) by Himself and Mohbad. Rexxie didnt just produce a street song, he took sweet time in crafting out unforgettable beats for the song. Ko por Ke is a song full of vibes and its beats will make a typical marlian bust some marlian dance moves. Although the song was released towards the end of 2020, it didnt stop it from trending or being the number 1 used song for Tiktok challenges. Rexxie bagged the African producer of the year award at Soundcity MVP Awards Festival 2020.