A self-proclaimed artiste identified as Wisekid has been exposed and called out on Twitter for copying Wizkid’s songs and making #30 million monthly from its streams.

Wisekid has been impersonating Starboy for a while and was steadily cashing out from cloning his songs on Apple Music and Amazon.

Unfortunately for him, he was busted by Africa’s Fact Zone, a blog on Twitter that exposed his shady business. Africa Fact Zone shared the news on Twitter.

An Artist named Wisekid has been making N30 million monthly since October 2020 by copying Wizkids music on Apple Music & Amazon. He released an album and named it Lasgidi Made, then copied the names of Wizkids songs & albums. Now he is getting a huge chunk of Wizkids streams. 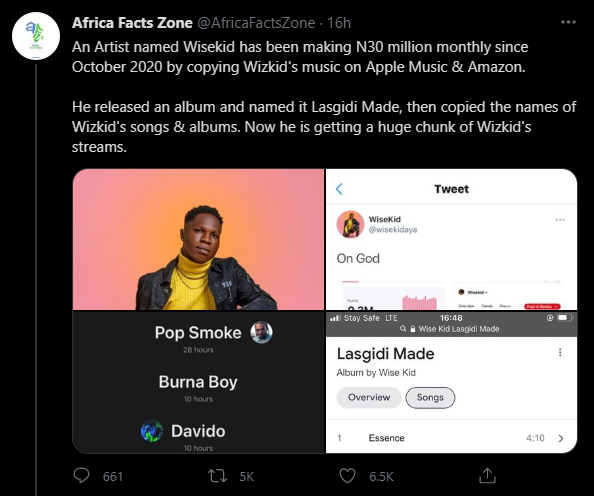 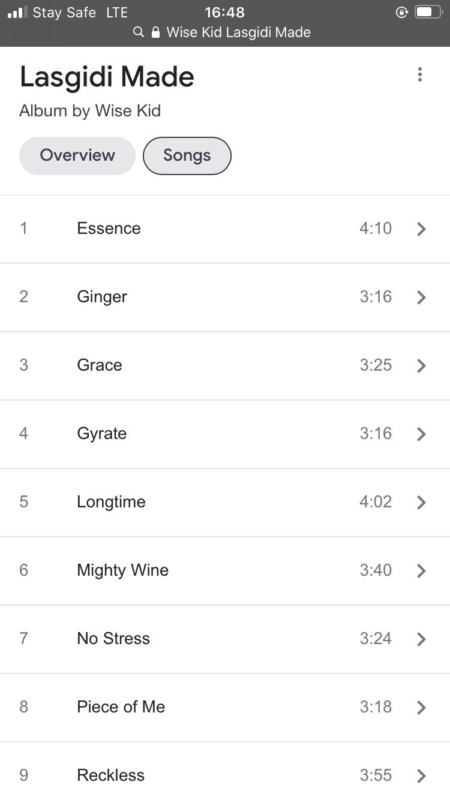